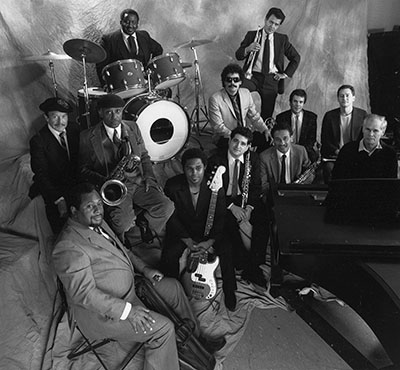 In 1979, Galt MacDermot formed the New Pulse Jazz Band, which performs and records his original music. The band was the on-stage band in the Broadway revival of HAIR and performed at Carnegie Weill Recital Hall, Avery Fisher Hall and concert halls in the New York area.

His 15 compositions and charts follow the 'Legend of the Boogie Man' as printed on the album cover, but more than this theatrical unity, there is the linear integrity of each tune. MacDermot conceives of arrangements as shifting foci of bass configurations, superimposed with solo melodies, ensemble melodies, and various countermelodies and dovetailing rhythms.
DOWNBEAT 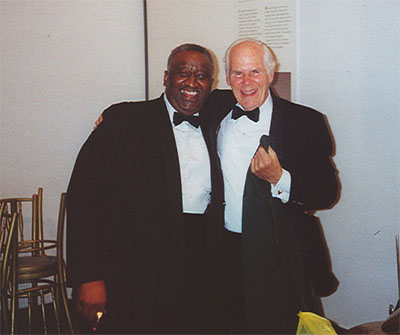 Three large-group jazz ensembles hailing from New York, Los Angeles and Dallas, respectively, are actively carving their own niches in the big band soundscape, and once again offering proof on their sophomore releases, that imagination and re-invention isn't reserved for smaller, more streamlined units.

Pianist and Broadway music composer (HAIR) Galt MacDermot leads the 21-piece New Pulse Jazz Band, one of the most amazing non-traditional horns-and-rhythm groups to surface in a long while. Boogie Man centers around 'The legend of Boogie Man', a tone poem of sorts, based on a wacky (liner) story that's akin to a 'Sleepy Hollow' for the yuppy paranoid 80's. Throughout the interconnected cuts of the wordless mini-musical, New Pulse weaves itself over a multi-colored terrain. 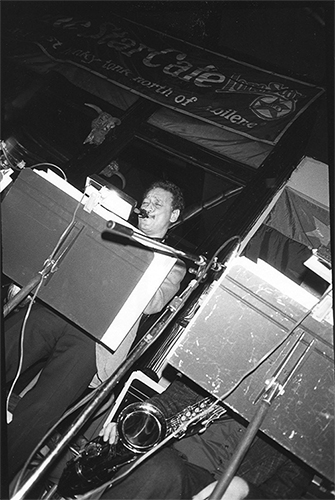 On 'The Boogie Man Has the Blues', bari saxist Patience Higgins offers a gravelly theme, and is imitated and expanded by a crisp muted-trumpet ensemble. Allen 'Wing' Won, whose delicate, soulful soprano work is a constant source of delight, runs with the melody, and passes it on to trombonist Vincent MacDermot who voices a strong lead over a tightly woven brass-and-saxes line. By the time the suite reaches its conclusion, MacDermot's band has traversed through sections featuring blues, foxtrot, ragtime and reggae rhythms. MacDermot avoids the traditional theme-and-improvisation approach to jazz charting, rather, his compostions find their tension in constantly fluxing melody exchanges between lead instruments and rising and falling tides of supporting quartets and quintets.
JAZZIZ

"HAIR composer Galt MacDermot got an insurance policy before bringing a jazz band into the Intar Theater at 420 W 42nd St. The name of the insurance policy is Bernard Purdie. To say that Purdie merely plays drums is to say that Einstein was good at arithmetic. His friends call him 'Pretty' Purdie, but I call him peerless."
NEWSDAY 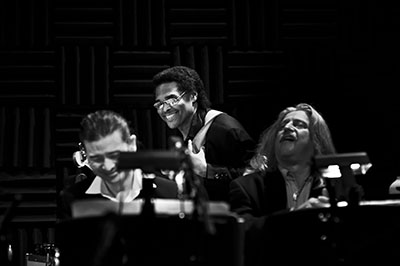 In developing the tune, Mr. MacDermot has avoided the usual jazz practice of long solos, but instead enlivens the pieces with a constant mixture of brief ensemble and solo passages. The strong individuality of his instrumentalists -particularly Allen Won's wide-ranging soprano saxophone, the spare, biting muted trumpets of Bill Wolfson and Adam Penenberg and Vincent MacDermot's broad, brash trombone - produces a shifting kaleidoscope of musical colors that turns each piece into a multifaceted cameo.
NEW YORK TIMES 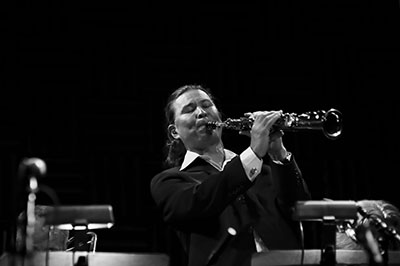 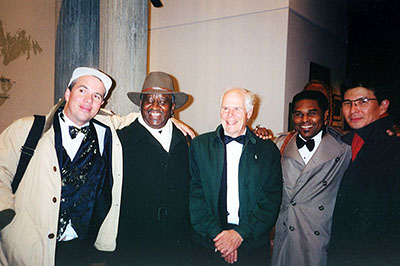 SPOTTED OWL - Galt MacDermot is a celebrated composer and pianist - but perhaps his most often overlooked achievement is his artistic depth. Jazz across decades that is still fresh.
WONISHMOM, 'Curious Reader'